This is the first of the 8 weekly habits we will be sending out to the entrants of the latest challenge. You can still enter and receive the rest of the habits, your CCF Nutrition Guide and access the closed Facebook Page. Get in touch with a coach or have a look at this blog post for the times the measurements this week.

Habit One: Don't keep sugar in the house.

If the temptation is there, you are more than likely to indulge, so we suggest that you do a pantry clean out and get rid of all the items of food that do not serve your goals.

And should a craving hit, this allows you some time to reevaluate them.

"Do I really want to get out of my jammies and into this cold weather for a Snickers? Or could some fruit and nut butter do?"

Some will say we tend to “demonise” sugar. Greg Glassman says we are “contrarian” as the food and beverage industries would have you believe all that sugar in your Coke isn’t a problem as long as you exercise. But by now we hope that we have made you well aware that at the foundation of it all, is nutrition.

“Movement—you’re moving your physical being, so it’s clearly important. But all that is powered and controlled by everything that’s inside your body,” he said. “Whether it’s at the level of basic life—the life of the cells—or on the other end of the spectrum to the highest levels of optimizing performance and disease prevention, it’s all controlled by metabolism, and metabolism is controlled by the food that we consume.” Joe Westerlin Certified CrossFit Coach (CF-L4)*

So here is the science behind it. Insulin is a hormone produced by the pancreas in response to carbohydrate consumption. It’s responsible for storing energy in cells and regulating blood sugar, and you need it to live. But if you produce too much insulin, cell receptors no longer respond to it, allowing blood-sugar levels to rise and setting the stage for a host of health problems, such as Type 2 diabetes, atherosclerosis, organ failure and death. 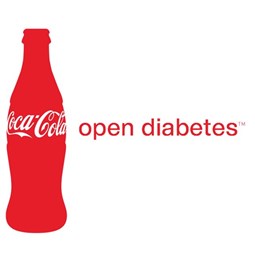 The way to raise your insulin? Eat too much carbs. Research performed by Dr. Norman Kaplan, posited that obesity is not the cause of glucose intolerance, hypertriglyceridemia and hypertension but rather a correlate, with hyperinsulinemia as the root cause.

So much science! And whilst there is more research to be done it cannot be argued that reducing carbohydrate intake eliminates hyperinsulinemia in nearly every occurrence.

Now we are 100% aware that this is all relative - but we are taking about YOU. The hour a day CrossFitter who wants to reach “the highest possible expression of (their) individual fitness,” and to do this your cannot ignore the basics of nutrition. We are not saying get off all carbs we do find that many are eating an overabundance of carbohydrates, which do not serve their health goals.

“Eat meat and vegetables, nuts and seeds, some fruit, little starch and no sugar.”

*CrossFit Journal article can be found here: Off the Carbs, Off the Couch.