...and anyone who ever been to Vegas knows that it's probably not one of the most healthy cities in the world, as a matter of fact it may very well be one of the most decadent ones out there. Ryan and I were both "professional" poker players back then, meaning we spent most our time in our pyjamas watching sport, and we met when Ryan was just about to win a pretty big tournament at the notorious Bellagio. 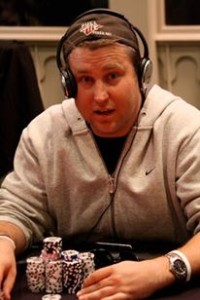 Now, just to get a background for what Ryan was dealing with you should know that an average poker player probably spends 99% of his awaken hours either sitting or laying down. My self I was probably the only one I know of that tried to balance out the late nights at the night clubs or poker tables, sometimes both, with an early hour at the gym pretty much every morning. It was me and my iPod, partly because I always believed in staying in shape and partly because I was vain. In any case I'm pretty sure Ryan didn't get out of bed until way later each day. Anyway, let me tell you about Ryan. Ryan was fat. Sorry brother but you were. +100kg and a diet that probably would make any doctor have a heart attack for him. Top that with no physical activity what so ever, except maybe walking to the elevators, and we had a winner in the daily "Killing my self for time WOD". Ryan and I didn't become close friends or anything like that but we did have fun with some bantering across the green felt of the poker tables from time to time, and when I then in 2008 got invited to play a tournament in Sun City we got smashed together more than once. Still, we didn't really stay in touch on a regular basis until somewhere in September 2011, when suddenly I got an email on Facebook saying: "Brother, I need your help. I want to get fit and this CrossFit thing I see you being tagged in all the time seems INTENSE! Wanna tell me more?" A few emails later we met up for brunch in Cape Quarters and Ryan asked if I was on a no carb diet when I ordered my scrambled without any kind of bread. I gave him the quick lowdown on how refined sugar is the demon that is killing the Western Society one disease at the time, and Ryan never touch his toast that came with his meal. Ryan told me he wanted to lose weight, a lot of weight. He was probably down to about 95kg at this point by eating at least a little bit better, (read "not drinking Coke"). He told me he started to run but couldn't "even" run 10k without his back cramping. Now anyone who knows me at least a little bit knows that I probably said something like "Dude, why would you ever wanna be running a 10k unless you being chased by zombies?"... To the point. Ryan, as many others, said he needed to get fit BEFORE he started CrossFit. I convinced him to come and give it a try with me on a personal Introduction and since he survived (barely), Ryan decided to sign up for a Private Basics Course to "try it out". I think Ryan was scared of the group environment because he felt so out of shape and didn't want to be sticking out, sounds familiar anyone? We started a few weeks later in October and the very first day Ryan shed a few tears when I made him do the Couch Stretch. He also failed to Over Head Squat a PVC-Pipe. We had a long road ahead of us. 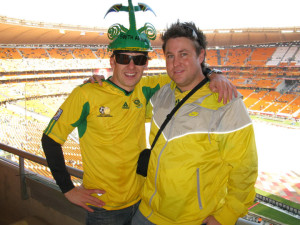 Ryan didn't get 100% into CrossFit until around February and it wasn't until May 2012, when he decided to go on the "Whole 30", that he really started to see huge improvements. Fastforward til today. On Friday the 7th of June, after about 1.5 years of CrossFit and eating healthy and now at less than 80kg, Ryan passed his test and will be joining the Advanced Classes from now on. Ryan still parties like an animal quite often, difference is he can't stop talking to the girls about CrossFit and he always throw in a Hand Stand Push Up next to any bar as part of his pick up regime. And even though I always tell him to stay away, he does his longer runs once in a while. And guess what? His back doesn't cramp up. I don't claim any fame or glory, Ryan did all the hard work him self, and 90% of the training he done so far have been coached by someone else at Cape CrossFit. But, that doesn't make me less proud.  I feel like Vin Diesel in "The Fast and the Furios" - I live for this sh#t! If nothing else comes out of my life as a Cape CrossFit coach, I can at least say that I was part of the special unit that Saved Private Ryan. 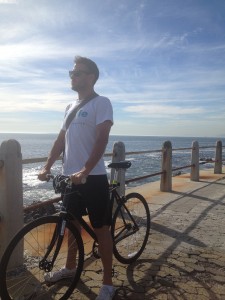 PS. This is only one of many success stories that we would like to share with you, keep your eyes open for future ones.