SPEED, why is it so important?

SPEED, why is it so important?

Did you know that "SPEED" is one of the 10 General Physical Skills which we so proudly brag about improving in CrossFit?

Yet, often do we forget to program for it. Now don't get me wrong here, heavy weights and the classic power lifts do build speed themselves by simply making you move a heavy load with full effort (which is equal to you using every single muscle fibre that you can possibly recruit, which makes you faster), and yes when we go for speed in our WOD's we also build speed with lighter loads for multiple reps etc but what I actually want to touch base on here is the need for speed within each single rep! 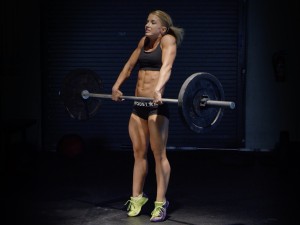 Speed at moderate loads leads to speed and power at heavier loads.

Let's "introduce" Olympic Weightlifting and take a look at how we can improve the way we use it!

So in CrossFit we program the Olympic Lifts and we actually know for a fact that everyone can benefit from doing the Snatch and the Clean & Jerk as it improves strength, power, flexibility, coordination, etc. That's all good and well but I want to talk about using the Olympic Lifts in a way that (I at least think) is underused within our way of training: speed training with moderate loads! We often focus on "how many reps can you get in this given time unit at this weight?" or simply "how heavy can we go for 1, 2, or 3 reps?". Now, I don't mean that any of those approaches are wrong or that they shouldn't be used in training. I just want to throw an idea out there that might help you improve your lifting faster (no pun intended). As you might know we run three different levels at Cape CrossFit where our athletes are being trained at a level suited for their experience level and capacity in all the movements we use. I have now designed a full 3 month cycle where Olympic Lifting will, as usual, be a part of all three levels (obviously more so for the CCF Competition program for full time athletes then for the CCF Balance which is designed for anyone just wanting to build well rounded fitness or eventually build up to the CCF Performance level), and the common theme will be Speed with moderate loads where I have separated different strength training protocols for different purposes:

Want an example of Speed? Ok, check out Milko Tokola:

How can you not love this guy? Especially check out the speed in the warm up sets! (Sound is a MUST).

So, what are we trying to achieve here?

The idea behind the sub max weights in the lifting is simply to build Speed within the movement and allow the athletes to move at full speed with as close to perfect form as possible. The heavier loads will mainly be reserved for the more straight forward lifts such as Squats, Deadlifts, Presses etc etc which will then allow the athletes to get stronger while they getting faster. Sounds like a pretty good combo to me..Benefits of sub max loads for speed:

The thought pattern behind this is pretty simple, if your 1RM Deadlift is 200kg think about the difference in speed between that lift and you cranking out reps at 100kg in "Diane". Now go out there and move some moderate loads fast, that's a phrase you don't hear often compared to the ones such as "lift some heavy shit", but come back to me after these 3 months and tell me you aren't moving heavier shit when asked to and I'll be damned..

In true CrossFit fashion even the programming within this cycle will be Constantly Varied. As an example, today we are actually hitting a few heavy sets of Deadlifts where we are slowing things down on purpose with a slow descent for extra strengthening. We will also still hit a "heavy single" or similar in the Olympic Lifts once in a while to see just how strong we really are getting. The main focus will however be on making those Olympic Lift PB's happen with a bit more Speed when the time is right. Coach Chris