Team CCF Wolfpacks Journey at the Meridian Regionals in Madrid 2016!

Team CCF Wolfpacks Journey at the Meridian Regionals in Madrid 2016!

To say that I am proud is the understatement of the year..

The Team's performances this year was obviously something to be proud of, but even more so I think that our TEAM spirit and positive environment that we created this year was something to not only be super proud about but also something that I know will allow us to keep on growing stronger in the next few years! [caption id="attachment_8567" align="aligncenter" width="600"] 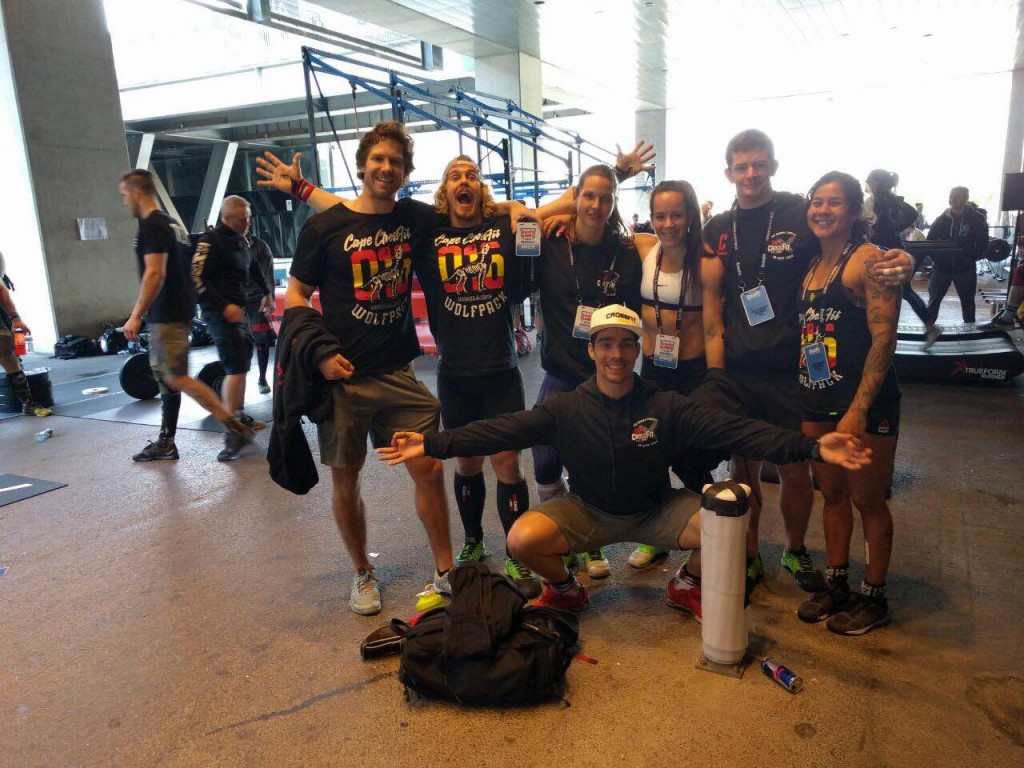 The team after a well executed weekend! The smiles and constant positive energy in this group is one of the things that made this one of the best years yet for us all.[/caption] I'm gonna put it out there right away, with the growing competitive group of athletes at CCF we are aiming to not only improve over the next year but we are now aiming for a top 15 spot next year and a top 10 finish or better in 2018 - and I am very confident we will get there... But first, let's talk about a magical week in Madrid!

The Week leading up to the competition.

The team landed on Monday afternoon in Madrid and I immediately sent them out on a "flush run" to get rid of stiffness from the 24h of flying, the athletes didn't need much convincing and 2 hours later they came back energised and with phones filled with photos (obviously)  from weird stuff along their not so straight run.. The next day we had decided to find a box to train at and we had been in contact with one quite far away from where we were staying so we simply decided to walk for an hour through Madrid to get there, but also check out any boxes along the route. That turned out to be a good choice, the very last one on the route before the one we were actually meant to train at, turned out to be an amazing place run by amazing people - CrossFit Distrito Chamberi have an incredibly set up and they let us train there for hours Tuesday - Thursday. A thank you is not enough, but THANK YOU!   Thursday was registration and before that we spent the days walking around Madrid and the nights eating good food and doing RomWOD to keep the bodies fresh. A giant among men, humble yet lethal. I dig this guy a lot.[/caption] It was an easy choice, JP was the most experienced athlete on the team with 5 total Regional comps under his belt (including this year) and he is as much a part of our community as anyone can be. That said, Japes also proved to be the right man for the job with his calm and humble demeanours that kept the team focused yet hungry. He is not a man of many words, but he always delivers everything he has without any complaints and I think that really spread to the rest of the team this weekend - I am proud of you brother.

South Africa, a competitive nation to be!

A massive shoutout to all the athletes and teams from South Africa that competed at the Regionals this year, I am super proud to be part of what is becoming a force to be reckoned with. Jason Smith (8th) & Ruan Duvenage (10th) really put the SA men on the map with their top 10 finishes and Mary Jamieson (22nd) & Celeste MacIntosh (24th) on the women's side and Billy Pullen (21st) & Alan Foulis (28th) on the men's side wasn't far behind showing that the depth of athletes in South Africa is growing! On the team side CF Tijgervalley pulled off a super impressive performance ending up in the top 20 (18th) and the other teams from BST CrossFit (21st), RTF CrossFit Repeat (25th), USN CrossFit Eikestad (27th), CrossFit The Slab (28th) once again showed that the depth in our part of the world is improving - I really believe that we are on the path of becoming a threat to the top teams in the world. It will take a while but if we work together it will be worth it in the end.

After day 2 when we got back to the apartment we stayed in I simply told the guys that I was proud of them so far, but that I really thought day 3 would be a great chance for them to prove what they really could do. And they went out there and proved me right. These guys did in no way have a "perfect weekend" and still they placed better then last year which was our big goal. When things went against them they did what was required of them : take 5 minutes and blow off steam by yourself if you want to, but then bring it back to the team and focus on the next event. There were many times during this weekend where the moral could have been broken and the coming results could have turned really negative, but instead these guys picked themselves up over and over again which for me as the coach makes me proud and excited about what the future have in store for us at CCF. No one knows what the future will bring, but knowing that our competitive group of athletes only gets stronger every day and that it is also continuously growing with more and more athletes makes me very confident that we will only become better and better at the competitive side of what we do at Cape CrossFit. I see new and young athletes fighting hard to get in to the team and I see an understanding from everyone involved that this environment filled with hungry and hard working athletes can and will create the best possible arena for them all to get as good as they can, yet they also continue to support each other in and out of the box. A positive energy around your training is after all the most important part of making it successful. Together all the CCF athletes form a massive team of individuals that have chosen to be part of a positive community, we avoid excuses and we create results - in the end it really is that simple..   Coach Chris EDIT: Sorry for the disposition of this post, Wordpress being Wordpress. Good thing we are soon moving platforms..