The 2013 Africa Regional for Cape CrossFit

The 2013 Africa Regional for Cape CrossFit

The end to a long season for most. The first out of hopefully many competitions for some. And a stepping stone towards bigger adventures for a lucky few!  First of all, if you haven't been sleeping under a rock the past few days, you are probably already aware that we currently have the Fittest Woman in Africa coaching and training with us: 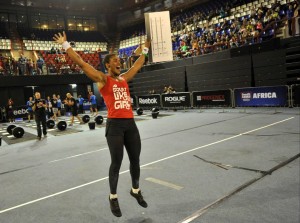 Don't forget to high five, fist bump, or simply hug the living sh#t out of this incredible woman when you see her!

We also had not only one, but two teams that first qualified for the Regional, and then sweated together, laughed together, cried together, and without a doubt together gave it their very best effort against the absolutely fittest people in Africa, in some of the toughest WOD's one could possibly imagine. Team Cape CrossFit Avengers took a 3rd spot, we got DNF:d in the 3rd event, but officially we still have the third spot to our name and the media team then did something incredibly nice and actually "unofficially" counted out the scores for the rest of the events, and there as well we were 3rd with a wide margin to the 4th placed team. 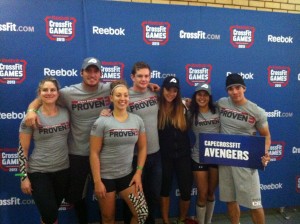 The other Team, The Cape CrossFit Superheroes are actually my personal heroes. Probably the least experienced team in the entire competition and still they fought so damn bravely that they all deserve a huge applause! The Superheroes did beat two teams and that alone is a great achievement. It is easily forgotten just how far these guys have come just by being in the competition, and I have never seen a group improving more across the board in such a short time since we put this team together. Hopefully we get to see them all on the competing floor again soon enough! 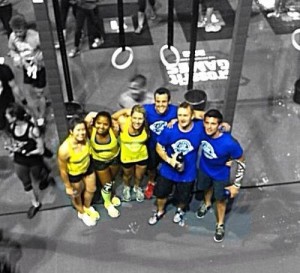 There are also a few other people that needs special mentioning before we wrap this up:

We also want to congratulate the other winners who together with Carla will represent Africa at the CrossFit Games in just a couple of months: CrossFit Platinum who without a doubt was the strongest team throughout the entire weekend, (I personally think that Africa have never seen a stronger CrossFit team!), and David Leavy from CrossFit East London who kind of easily defended his title from last year - well deserved winners all around!

Now, as a coach I could not be more proud than what we are achieving at Cape CrossFit everyday, however don't think that all we do is about these competitions. You, the person next to you in class and everyone else coming in and working their butts off every day are the real heroes and the reason why we do what we love - making people fitter and healthier. The things you see above is only by-products of all the awesomeness that is Cape CrossFit!

PS. What are you waiting for? You could be training with and be coached by some of the absolutely fittest athletes in Africa right now, book your next class now. ;)