The Open is over - proud doesn't quite say enough..

The Open is over - proud doesn't quite say enough..

Not only did we manage to qualify a Team for the new format of the Super Regional (only African team that has qualified for a Regional for 5 consecutive years!) - but we also had one of the biggest team groups on our continent with 70 athletes taking part in the Open from CCF Gardens and +10 athletes from both our younger boxes CCF Newlands & CCF Foreshore as well! 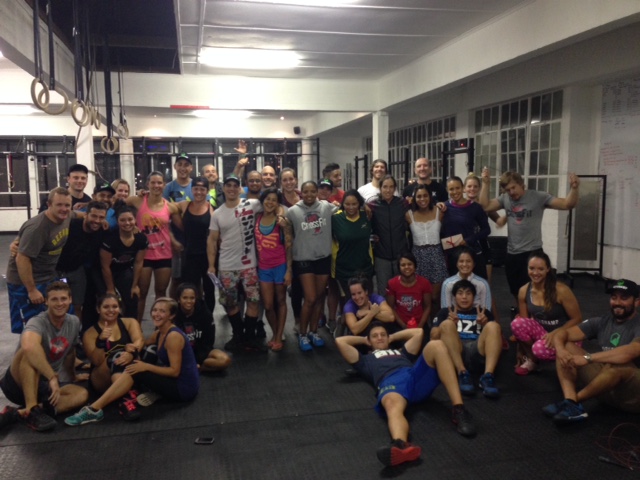 Post 15.3! Out of these athletes I can honestly say that I am probably the most proud of all the guys that took on the Open for the first time. To come in week after week and challenge yourself with loads that you didn't know if you could do, attempt movements you have never mastered before and regardless of whether it was scaled or rx'd, give it your absolute best every time, is nothing but inspirational to everyone around you - thank you! We had loads of athletes hitting Clean & Jerk PB's in 15.1a, many getting their first Rx'd Hand Stand Push Ups and/or lift their max Clean repeatedly in 15.4. In 15.3 I think we actually had one of the biggest groups of female athletes in Africa actually doing the WOD as prescribed, 5 of our girls managed to get past that first round that started with 7 Muscle Ups (more about how amazing our female athletes really were further down!), and on 15.5 there was not a single CCF athlete that didn't do everything they could to really enter the pain cave.

Like I mentioned before Cape CrossFit also managed to qualify a team for the Super Regional in May (still unofficially until video submissions etc have been confirmed), and I can proudly say that this team was carried by a super strong female side - we had 6(!) girls finishing in the top 100 in the African/Middle East Region for the Open, these were our top girls:

This in a super stacked Region that has multiplied it's level of competition since last year is nothing but super impressive and I am proud to have such hard working female athletes working with us! On the guys side the competitive level is arguably even higher and the support and competitive vibe between the male athletes were truly epic this year - here are the top 6 male athletes from CCF Wolfpack after the Open:

The team that is going to Copenhagen at the end of May will need all support it can get and we are already in hard training to represent as well as we can - look out for more info on our journey! PS. These scores are all unofficial and BEFORE the Video Submissions have been approved - changes may occur in any direction.

Congrats to an amazing representation from the rest of South Africa!

I'm personally stoked to see that the South African community represented so well in general, The Smith Brothers (Jason and Richard) from CrossFit Kyalami showed that they are among the top Individual athletes out there and it will be very interesting to see how much they and Mona Pretorius and Celeste "Beastess" Engelbrecht can challenge the European athletes on the individual side. The PBM team who is the reigning African champions is looking very impressive and will definitely make the European competition fight hard for the spots to the Games! Along with USN CrossFit Eikestad, ourself, CrossFit Tijger Valley, and CrossFit Kyalami these 5 teams took half of the qualifying spots for the Super Region which is an amazing feat considering the tough competition from the Middle East teams!

We are here to stay, Team Cape CrossFit IS the future!

Where do we go from here? On both the female and male side we had multiple athletes pulling off great scores that helped the team qualify in the end and with the massive base of athletes that are currently training under the CCF banner I can confidently say that we are aiming to keep on qualifying for the higher levels of competition for many years to come - to say that I am proud of the broad base of great athletes that we are training is an understatement. Next up is the Fittest in Cape Town where we have Coach Lara competing to defend her title as the CCF Honey Badgers aim to do as well. 4 teams competing from CCF Gardens and another strong team from CCF Newlands - come and support and cheer your team mates on at Camps Bay High on Saturday and Sunday as I can promise you that it will be an amazing competition! Coach Chris