CCF -  one of the biggest teams out there.

We have always been proud of our members willingness to throw themselves in the deep end and take part in various competitions partly to challenge themselves, but mainly for the fun of it. This year's United We Stand games was no different. Team CCF consisted of 6 teams this year and to my knowledge this was the most out of any Affiliate in the competition, and the team spirit among these 36(!) athletes was just amazing! 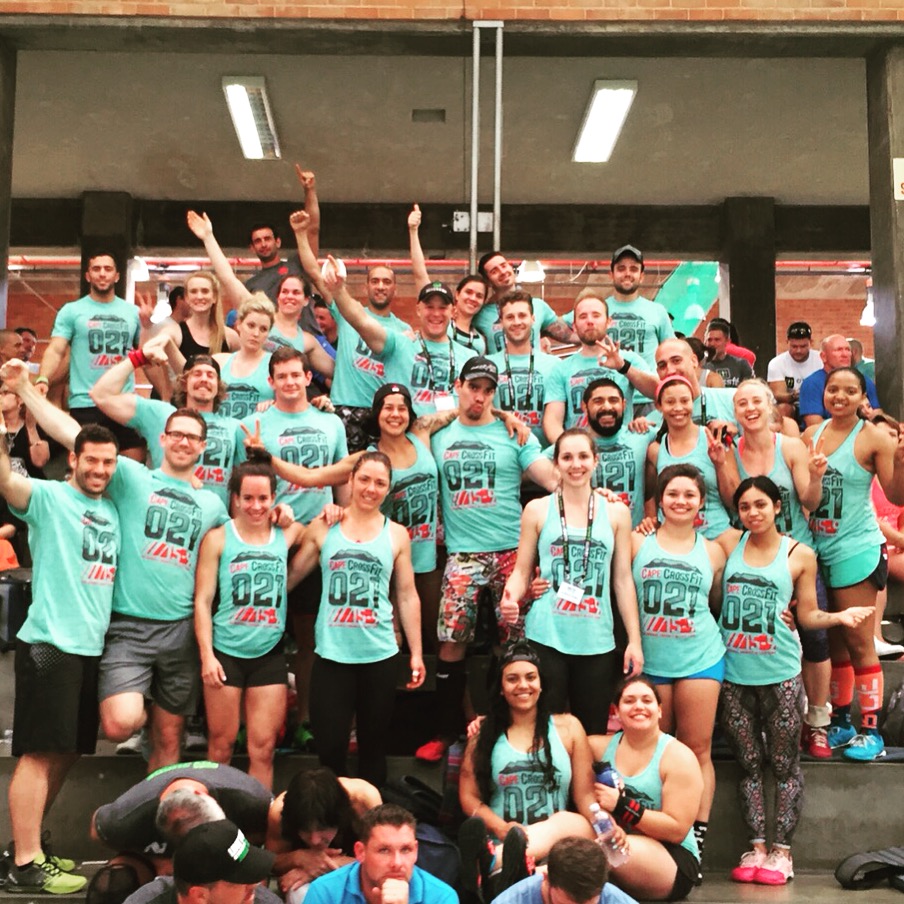 Team CCF - and some people trying to hide in the bottom left corner.. The Team feeling was amazing throughout the entire weekend and no matter which of the teams were on the floor (or on the trail), you could always find most of the athletes not in the heat (or warming up) on the stands closest to the team competing screaming their hearts out in support! Now these guys might actually have impressed me the most this weekend. Due to Jordan being ill we didn't allow him to take part in the trail run or any event that could raise his heart rate too much, and even though they knew they would place lower due to this they still kept on fighting the entire weekend and never stopped smiling. Team Captain Gary lead his mix of inexperienced and experienced athletes with a detailed strategy that would have made Sun Tzu* proud! * Read The art of war if you haven't. 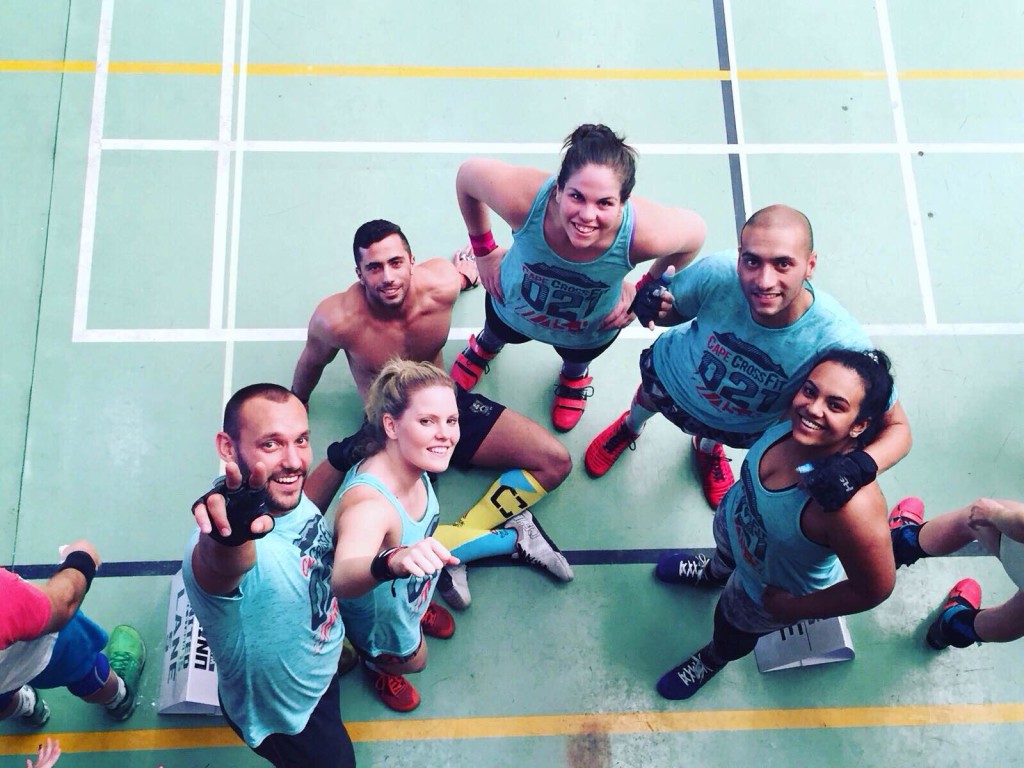 CCF Foreshore Falcons - 142nd, James, Chelsea, Richard, Carmen, Brad & Tamara. The Foreshore box is the youngest one amongst the CCF branches and we can't be more proud of how they did in their first competition! They are all fairly new to CrossFit yet never hesitated to hit PB's to the left right and centre and attack anything thrown in their way. By the way, we still not sure if Brad was trying to death stare his opponents to pieces during the Clean and Jerk event or if he was just really focused? [caption id="attachment_7892" align="aligncenter" width="500"] CCF Victorious Secrets - 110th place, Jeanine, Tiaan, Richie, Ridoh, Diane & Adi.[/caption] Once again a mix of new and old athletes and not only did most of them PB their C&J in that event, but their female athletes really impressed us by hitting Snatch PB's in the hang snatch event while being overall badass throughout the weekend! Team Captain Richie really did a great job leading his team, but he also got the "Pinacolada Moment" fine for the second year in a row when he was pretty much stretching and checking Instagram between snatches in the previously mentioned hang snatch event... ;) CCF Retro Racoons - 85th place, (bottom to top, kind of): Pedro, Taryn, Grant, Zita & Leandro. These guys performed so well the entire weekend, and in the end they are the well deserving 2015 Winners of the Zelma Cup*! This team was heavily fuelled by espetadas and probably a few cervejas as well, so when it came to emotions they lacked none. From Zita's tears (for actually running I think?) and Pedro's attempt at murdering a judge during the 20min event by simply running him over, these guys brought the passion! * The Zelma Cup is a tradition for the CCF Teams that doesn't contain any "two time a day training semi professionals" haha... CCF Mantis Shrimp - 34th place, Coach Mark, Lisa, Matt, Thamar, Coach Niall & Tammy. These guys put up a great show the entire weekend and even though they had a lot of ups and downs throughout the events they managed to pull through and end up with the top teams that got to do the last workout. Their lifting was great and their performance in the "do weird sh#t"-WOD with 1 handed burpees and such was amazing. Matt cranked out 20-25 unbroken weighted butterfly pull ups and then him and Mark ran over the other teams in the one handed burpees, looking forward to seeing these athletes grow further and see what they can do next year! [caption id="attachment_7891" align="aligncenter" width="500"] 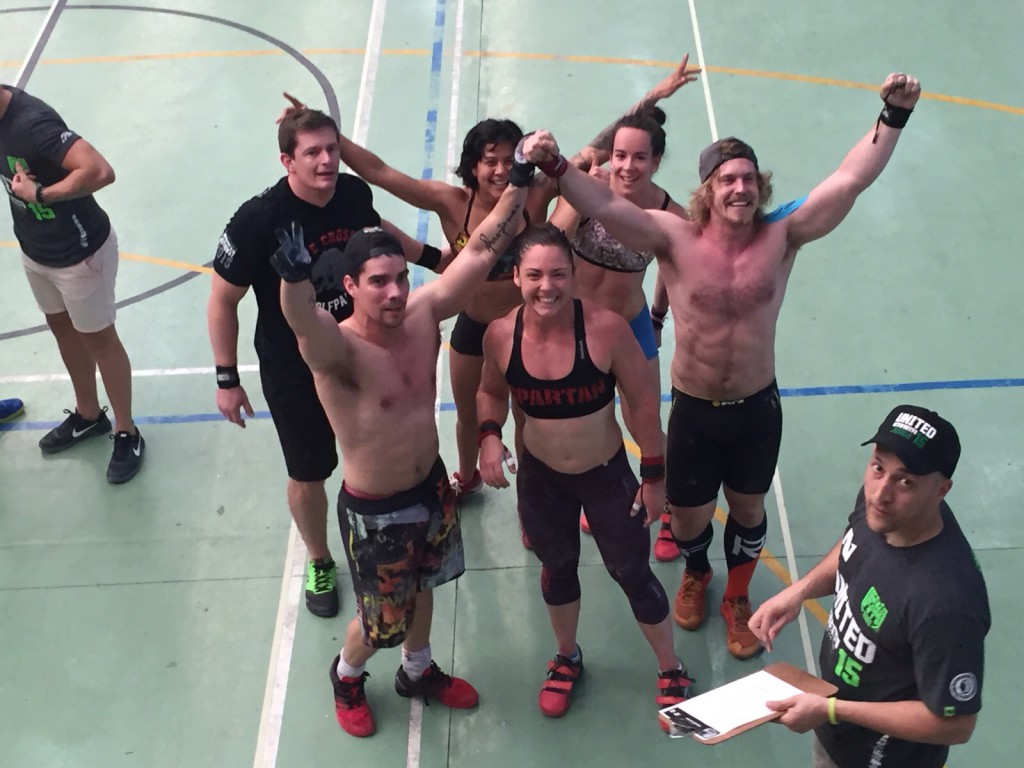 CCF Wolfpack - 12th place, Japes (only guy wise enough to wear a shirt), Coach Chris, Coach Tash, Lara, Vicky & Coach Justin.[/caption] We didn't place as high as we were aiming for but I know for myself and for my team mates that the lessons learnt and the experience in it self with such a big support made this weekend very special. We had one event that went horribly wrong (no need to go into details, just give me a pen), but what I am really proud of is how we handled it. I told the guys after that event: let's go out there for the rest of the weekend and show them what we are made of. Let's continue to collect high placings and prove that we belong higher up in the ranking, and we did exactly that. Out of all the team we had the third highest number of top 10 placings (7) and that's something to build on for next year!

Congrats to the winners and organisers!

The team who won, CrossFit Tijger Valley, did so by a mile and were without a doubt the strongest team in the competition. The other guys fighting it out in the top ten and ending on, or just outside of, the podium truly deserved to be there as well and I am very happy to see how strong the South African community has grown - together we can only become stronger and start making our mark internationally sooner than later! Also a big shoutout to Andy and Dean and their team that organised this weekend, to pull a competition off with nearly 1000 athletes and doing it this well is absolutely insane, my hat is off for you. The events were well rounded, challenging and fun - UWS always delivers and we will be there with a big troop next year again!

Lastly, thank you all for being part of CCF.

I know I speak for all our coaches when I say that we feel extremely proud to be part of the reason why we have such a strong group of athletes, but even more: such epic human beings! We know that most of the guys in the above picture are desk warriors with families and daytime jobs just like anyone, and the fact that you still spend a lot of your free time to improve yourself through Cape CrossFit is truly humbling for us - thank you for being such amazing representatives of what we are as a community. We can't wait to see you smash it in class this coming week and the next again! Coach Chris