When the Fittest in Cape Town set up for 2015 was announced I quickly made a plan: I wanted The Honey Badgers to get a chance to defend their title and at the same time I wanted Cape CrossFit to have a "second team" that was competitive enough to fight for a spot on the podium AND I also wanted Cape CrossFit to have a major presence in the sense of having a load of athletes competing for the fun of it. The end result? Well, never before has any box had TWO teams on the podium plus we had a total of 6 teams (one from CCF Newlands) who all exceeded their expectations before the competition started - once again, just like after the Open, "proud" just doesn't cut it.. [caption id="attachment_7366" align="aligncenter" width="600"] 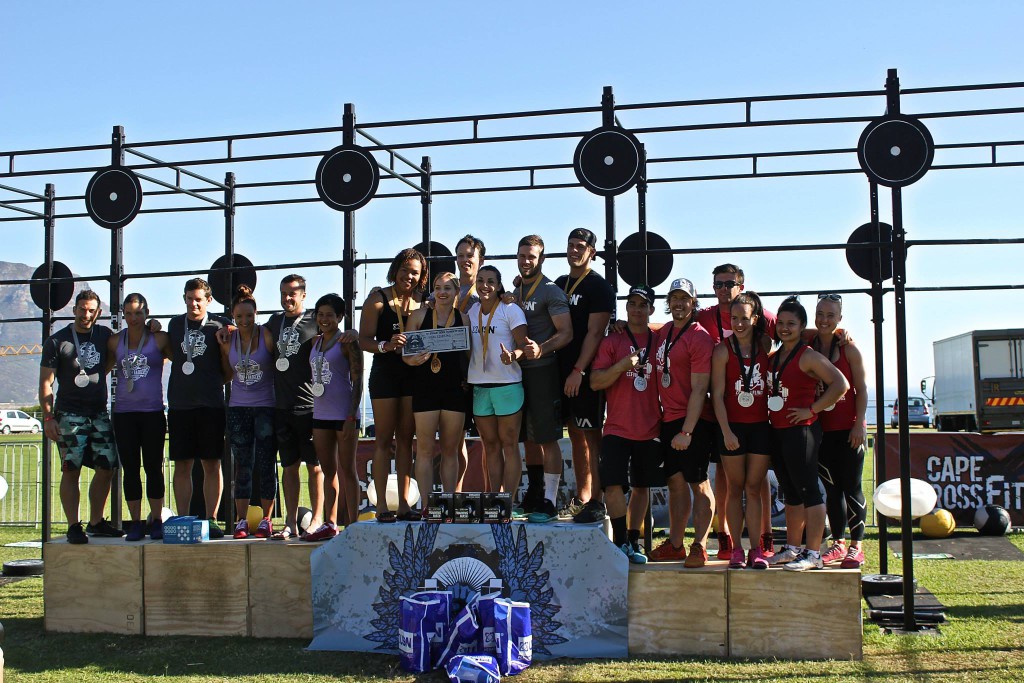 In total we had 37 athletes competing!

And they all did amazing, here are their placings:

A massive congratulations to the winners:

Our guys that competed, most of them are "Average Joe's". They come in day after day to our boxes and they work their asses off. They are not competitive athletes, they don't aspire to go to the CrossFit Games (at least not most of them haha), and they are no different from anyone else out there living a normal life. I'm pretty sure some less informed individuals out there think that I, as the head coach at CCF,  has inside information of the workouts for the Fittest in Cape Town and that would be a reason that we do so well year after year, but to you: I dare you to come in and check out how hard our members are working every day. I have from the very first year of this competition distanced myself from the organisation side of it as I have always been a competitor. My/our focus is on making our athletes CROSSFIT - funny enough that seem to go a long way.. :) [caption id="attachment_7372" align="aligncenter" width="1024"] Some truly epic athletes and friends in this picture, not only from CCF but from the entire community we cherish so much![/caption]

PS. What happened to that dream?

It came through in the very first few moments of the competition. It has absolutely nothing to do with the fact that I PB'd my Deadlift here (not so hidden brag), but it have everything to do with this: [caption id="attachment_7369" align="aligncenter" width="599"] Thank you Ruby Wolff (@rubywolff) for one of the sickest pictures ever.[/caption]   The guys in blue shirts behind me are Mark, Arthur and JP. They belonged to The Honey Badgers which were on paper one of my team's biggest "enemies" in this competition. My dream was to bring all our athletes together this weekend to fight FOR each other as part of the one big team that we really are, not against each other. Their support in the background shows me that my dream came true: I am lucky enough to be part of the best community in the world, filled with people that want nothing but the absolutely best for each other. If Fittest in Cape Town 2015 was a movie, I couldn't have written the script better myself. Coach Chris